If you are in need of a Depression Counselor in Southfield, MI please get in touch with Miche to set up an appointment today. 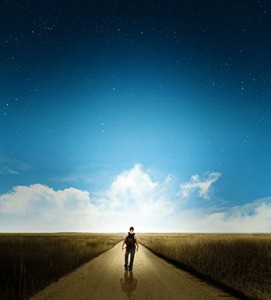 Depression—a sad or discontented mood—can leave a person feeling lethargic, unmotivated, or hopeless. In some cases, depression can lead to suicidal ideation. Depression may occur in a severe form, as in major depression, or in a more chronic, mild-to-moderate form, as is the case with persistent depressive disorder.

Depression is a serious, but common, illness: One in 10 adults report experiencing depression, and the condition is the most common cause of disability in the United States. The lifetime risk of any individual person becoming depressed is around 17 percent, and most people have their first bout of depression in their late teens or early twenties. The condition is slightly more common among women, but some researchers speculate that this may be because men are less likely to seek help or because their symptoms are more likely to manifest as anger than sadness.

Both environmental and physiological factors can cause depression. Most mental health experts now agree that brain chemistry plays a major role. The level of neurotransmitters such as dopamine and serotonin in the brain can affect a person’s risk of becoming depressed. However, life experiences affect brain chemistry, and some people become depressed after experiencing a trauma or stressful life change such as a separation or divorce, the death of a spouse, being laid off from a job, financial instability, relocation, or a decline in health. Everyday stressors, like social isolation, domestic violence, and the presence of other psychological conditions, can also contribute to depression. Sometimes depression arises as a defense mechanism in order to avoid experiencing painful emotions. Women who have recently given birth may struggle with postpartum depression in the days, weeks, or months following childbirth.

Depression’s symptoms are distinct from the symptoms associated with grief, when feeling emotionally overwhelmed is normal and temporary. Depression may be indicated when feelings of sadness and despair disrupt daily life and persist for more than two weeks.

Those who have experienced trauma or are prone to anxiety may be more likely to experience depression than those who have not, and research suggests that some people may be biologically predisposed to depression due to neurochemical abnormalities. A family history of depression can lead to a person’s inheriting or learning these traits.

Depression’s symptoms can vary greatly from person to person and may even change throughout the course of the illness. Symptoms may also vary depending on an individual’s gender, culture, or age. Adolescents experiencing depression might appear irritable and agitated, and women may be more likely to admit to depression than men, while certain cultural groups might mask their feelings or display them differently. Common symptoms of depression include:
•Frequent crying and overwhelming feelings of sadness.
•Feelings of hopelessness and worthlessness.
•Changes in sleep such as excessive sleeping or the inability to sleep.
•Anxiety.
•Anger.
•Difficulty enjoying previously-enjoyed activities.
•Unexplained physical ailments such as headaches or muscle pain.
•Difficulty concentrating.
•Changes in weight or eating habits.
•Thoughts of suicide.

A person experiencing depression is likely to encounter difficulty coping with daily stressors and may feel helpless and alone. In fact, sometimes the most mundane of activities—getting out of bed, bathing, and dressing—can feel like an impossible feat. These challenges can influence one’s susceptibility to a decline even when in a positive mood, resulting in a negativity bias that informs all experiences.

Depression is associated with emotions such as anger, shame, and fear, and sometimes these emotions can manifest in the body in the form of aches, pains, nausea, and other complaints. Depression may cause feelings of tension or irritation and may lead to weepiness, and it is not uncommon to feel intensely fatigued without relief. In severe cases, a person may express no emotion whatsoever, and suicidal thoughts or behaviors are not uncommon.
source: goodtherapy.org

If you are in need of a Depression Counselor in Southfield, MI please get in touch with Miche to set up an appointment today.